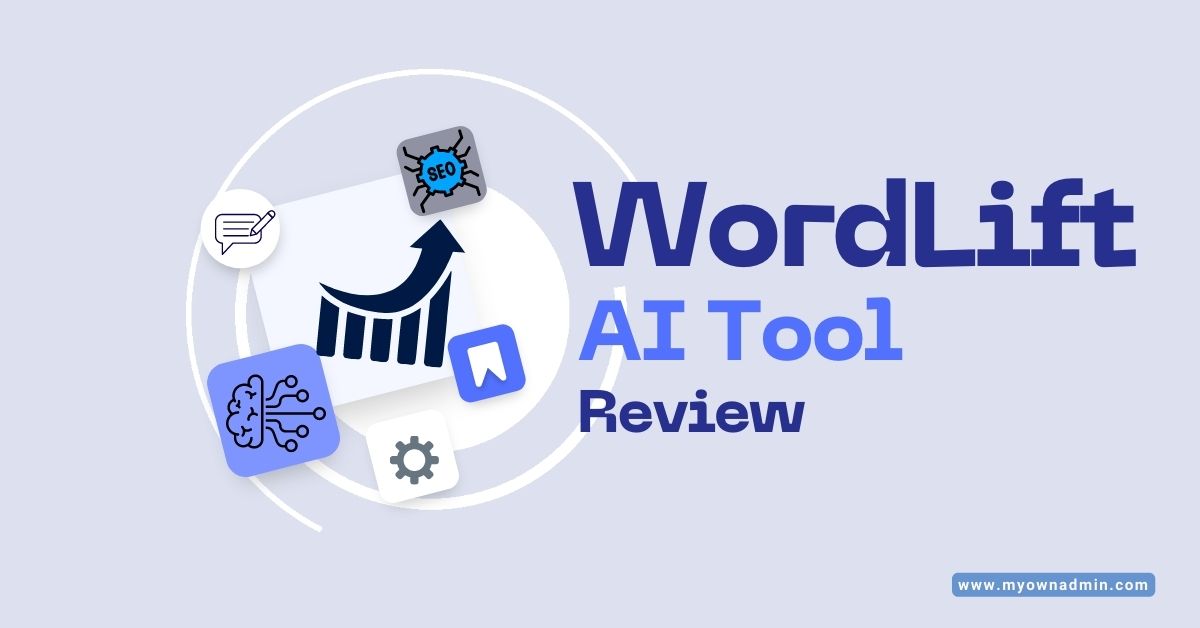 Semantic Search has permanently altered how SEO should be approached. Today's SEOs must optimize their pages so that machines can understand the meaning the same way humans do. While this may appear to be a daunting task, there are some fantastic tools available to help you streamline this process. This WordLift review will help you with that.

This post will look at WordLift, which is described as "an AI-powered SEO tool that does the heavy lifting for you." We'll explain what it is and why you need it. We will highlight some early results and explain how WordLift works.

WordLift is one such tool designed for structured data markup automation. Does this sound familiar? The schema does this, but WordLift makes it more accessible.

Because of how complex structured data can be, working on it manually requires a significant amount of effort and extensive knowledge of coding and CMS technologies. WordLift accomplishes all this with an easy-to-use user interface in less than half the time that even an experienced SEO would take.

WordLift was originally a WordPress plugin, but it is now available as a cloud application. It assists us in creating and structuring content, as well as adding better visual elements, and it also helps us in making linked connections to linked open data using Tim Berners-linked Lee's data principles.

If you've never heard of Tim Berners-Lee, you should, because he's one of the main reasons we have the Internet as we know it today.

WordLift helps your site speak Google's native language by analyzing your content into a format that search engines can understand: structured data.

WordLift converts your content and identifies the most relevant topics for your business, organizing them into entities using Natural Language Processing and AI. Each entity on your website describes an idea, concept, person, or location. A vocabulary is created to store the entities. But WordLift goes a step further. It correlates the data in your vocabulary and converts it into linked data, resulting in creating a Knowledge Graph.

Among its most intriguing features are:

WordLift Review: How Does It Work?

I've used a lot of jargon, and some people may be puzzled, which is understandable. In layman's terms, here's how WordLift works:

The tool essentially assists the user in creating and structuring their knowledge graph and performing a full-text analysis that machines and search engines can understand. For example, if you write "Elon Musk is the CEO of Tesla," WordLift will automatically analyze the entities in the sentence. It's "Elon Musk," "CEO," and "Tesla" in this case.

WordLift makes search engines and machines understand that the entities mentioned above are relevant to the context of my website and makes them unambiguous in terms of some websites' semantic make-up.

WordLift essentially allows people to create their entities, define what these entities mean in their context, and build their knowledge graph. Your internal vocabulary will serve as a reference and search magnet for machines to direct your target audience to your website via search and intelligent recommendations.

WordLift currently supports 32 languages, including Chinese, German, English, Russian, Turkish, and French, with more. What's important is that the vast majority of business languages are already supported, so any content creator from any country in the world can use WordLift to help expand their reach.

However, for your content to be effective, you must supplement your writing with an SEO strategy to attract people to your pages. WordLift improves your website's semantic SEO and connects pieces of content, and can also help you measure your success thanks to its partnership with WooRank.

Woorank's auditing, tracking, and reporting tools provide you with actionable advice and real-time data to help you improve the performance of your website.

All of WordLift subscriptions come with a 14-day free trial. If after two weeks you are not satisfied using WordLift, just contact them and they will cancel your subscription, no questions asked!

Here are their packaging options for a monthly subscription:

Here are their packaging options for a yearly subscription:

Check out "Wealthy Affiliate Review" a step-by-step training program that will teach you how to start your own passive income blog.

Who Should Use WordLift?

So we've established that WordLift is a fantastic tool, but who should use it? That's a simple question. WordLift will greatly benefit content creators such as bloggers, journalists, and content marketers, to name a few. This is simple: WordLift empowers its users to create relevant content for their target audience.

WordLift has recently evolved by releasing new plugin functions designed for e-commerce owners, such as adding schema.org markup to products and connecting commercial and editorial content. These features are included in the Business Subscriptions Plan and are available as a standalone WooCommerce plugin.

WordLift makes all of this possible through the power of Natural Language Processing, Artificial Intelligence, and Semantic Technologies. These things work together to help the user create content that is exactly what their readers or audience are looking for.

We've all heard about the benefits of creating valuable content for your website or blog. Still, WordLift takes it a step further by essentially zooming in on who you are and what you're offering and then on people who could benefit from it. Simply put, WordLift helps you create relevant content that satisfies your audience while keeping them up to date with intelligent recommendations that will keep them engaged.

Because WordLift was built with Open Source Technology, the user will have complete control over their linked metadata.

The screenshot above is a simplified version of WordLift's features taken from their website.

I know some of you might be interested in raw data proving that WordLift works. WordLift's creators recently conducted a study, and the results are now available for public consumption. The study can be found here.

Contemplating whether you should start blogging on your website? Chck out "Is It Too Late To Start A Blog In 2022?"

WordLift is one of the best AI tools on the internet, and I'm not saying that lightly. It has aided many people in developing their SEO internal vocabulary (a work in progress due to the large number of SEO terms that need to be included) and has made dealing with structured data easier. It has made many terms "unique" to various websites. But don't take my word for it. Begin your free trial to see if WordLift is the right tool for you.

What is the best Seo Software and Why do You Need It!?

How to Get on Google Search Engine? [SERPs]

How Long Does It Take To Write An SEO Optimized Blog Post?