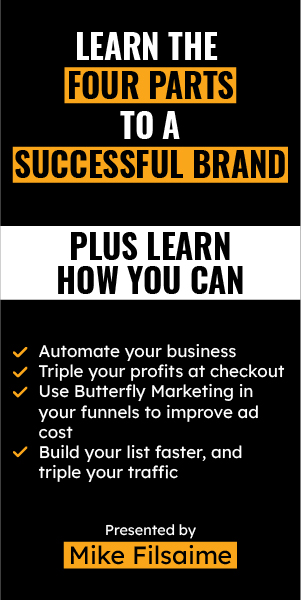 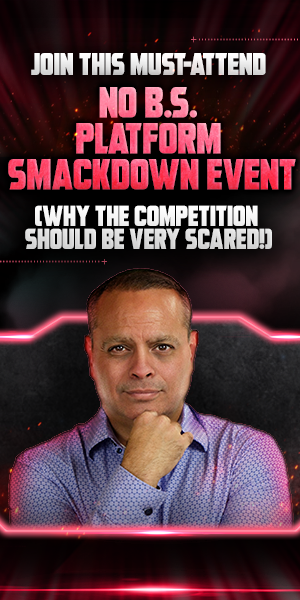 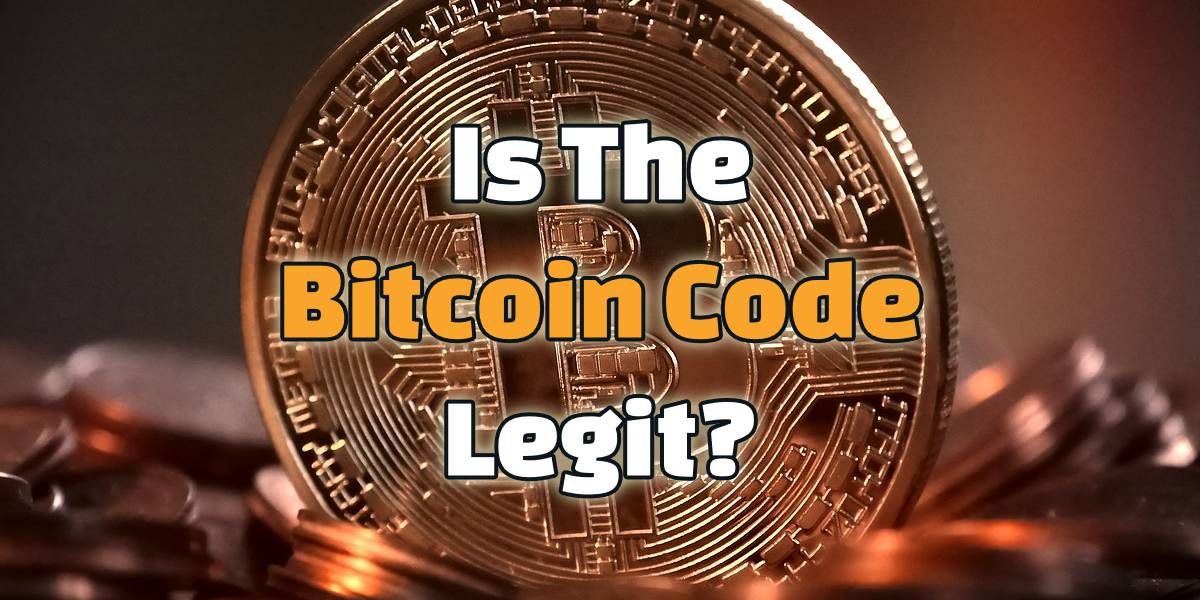 Is The Bitcoin Code Legit? An Outright Scam!

Is the Bitcoin Code legit? Honestly, cryptocurrencies have been around for a long time now. Correct me if I’m wrong, but almost at least a decade now? Yeah, before it was cheap as dirt and people mostly overlooked the potential of cryptocurrencies like Bitcoin to take over the modern world like a storm. Well, now it has.

Cryptocurrency trading programs never had a good word from anyone, since 99% of them fail and are labelled as up to no good scams. But still, could that 1% be The Bitcoin Code?

I don’t have much expectations on this one based on the common knowledge that trading programs like these are useless and inefficient – and so should you.

But of course, I don’t want to be unfair to The Bitcoin Code and conclude right off the bat that it’s one of those scams. So I did some research of my own – and oh my god! You wouldn’t believe what I found out about this trading platform!

I’ll tell you more about it later on, so let’s cut to the chase and proceed to my The Bitcoin Code review!

What is The Bitcoin Code?

The Bitcoin Code is a cryptocurrency trading platform in which you can earn a guarantee of $13,000 in exactly 24 hours, at least in their words. It’s an automated trading platform, even when you do nothing and sleep, you will still be making money.

All it takes is 20 minutes of your time each day and a few clicks. Heck, you wouldn’t even need first hand prior experience. Since it’s automated, it does all the trading based on a “cutting edge technology” and an algorithm so that you can maximize profits.

This “revolutionary” Bitcoin trading platform is developed by Steve Mckay. Apparently, he was an ex-software developer who started playing on Bitcoins because he believed in the power it beholds to turn tables in today’s time. After collecting a mass of historical trading data and tinkering on his thinking table, he presented a Bitcoin trading software – The Bitcoin Code, to his management board.

He claims that the beta software testing garnered the members a net total of at least $1 million dollars on the first day. As for Steve, he became a millionaire for the first time in his life as he has earned over $18,484,931.77 within just the first 6 months.

Is The Bitcoin Code legit? We’ll go over that later on, but first of all, let’s understand how this Bitcoin trading platform works in the first place.

How Does The Bitcoin Code Work?

To gain insider access to The Bitcoin Code, you would just have to fill out the on site registration form and provide some of your personal information. There is no need to pay for a sign-up fee nor do you have to worry about stupid recurring monthly fees. Yes, you can claim their “proprietary” Bitcoin trading platform for free.

Once your application is accepted, you will be delivered to the platform itself. There, you will be urged to deposit $250 to your account. Of course, just like any other trading software and business out there, this $250 will be used as your capital so that you can gain maximum profiits from your trades.

After this, all it takes is to click “auto-trade”. The Bitcoin Code will do all of the trading for you with the use of their algorithm and their time lapse predictor allowing them to study the trends of the cryptocurrency markets. Or if you like, you can also set it to manual and do all the trading if you are much more comfortable that way.

Right after 24 hours, they claim you already have $13,000. In fact, you can even go over that amount. There’s no limit to how much you can earn. This one claims that their members earn up to millions within just the first 61 days.

From every piece of information I have just presented you, this seems to be the perfect opportunity to earn stable money and live the life you have always wanted without having the need to worry about money. You can basically use it for free while having an algorithm do all the work for you. Honestly, it all sounds to good to be true – and it is.

Is The Bitcoin Code legit? Let’s stop beating around the bush because now, I’m going to give you reasons why this platform isn’t really the works of above and why it’s not as perfect as you think it is. You may want to brace yourself for the big bombs I’m going to drop on you.

The Bitcoin Code Major Red Flags to Watch Out For

That Steve Mckay welcoming you to this system seems to be a trusted and reliable man, doesn’t he? He gives off the vibe of someone who really has risen from a commoner life and is now living the he had always wanted. Well, I can’t blame you though. A man is at his best with a clean and sharp suit. Right off the bat, The Bitcoin Code gives off a sense of legitimacy through that face and suit.

But I know better than to believe in the superficial so I did some digging of my own. Apparently, it so turns out this Steve Mckay does not exist at all. It’s just a random stock photo of a man wearing a suit looking all happy since he’s said so and his getting paid for this photoshoot. They didn’t even had the guts to take a picture themselves, they just took it from the Internet.

Honestly, if he were really a millionaire through Bitcoin, shouldn’t he already be breaking the silence and be all over the news by now? I have never heard of Steve Mckay wherein he should already be known by the common people by now. That being said, it makes perfect sense why they would just take a random stock photo of another guy, because he doesn’t exist in the first place!

When you first visit the website of The Bitcoin Code, there’s a welcome video in which you will be shown testimonials of their members indicating how much this platform changed their lives and earned them thousands of money on a daily basis. This gives you the false hope that you can do the same as well! Right, as if.

I highly doubted this one really works for people, and so it turns out that these testimonials are fake! With the existence of Fiverr, it’s very easy to hire actors to create their own testimonials even if it means it’s not true. Yeah, that man describing his experience with The Bitcoin Code is just a paid actor from Fiverr.

Why bother buying a testimonial if the software works in the first place? Well, the answer is already clear.

Read the testimonies of these members and you will notice a pattern emerging. It’s all the same “my life is crap before I found The Bitcoin Code”. They keep claiming they have earned thousands of dollars and one of them is at a pool party in Vegas. I had to laugh.

I don’t mind the testimonies as long as these people really does speak the truth, though I don’t necessarily believe in it. But they should at least make it believable, though. From my point of view, how am I supposed to believe in these when they don’t really proceed to show how they earned this money in the first place?

It’s just kind of hard to believe because there’s nothing to back up their claims. Oh, and if you would search these people on any search engine, there would naturally be a lot of results. The problem is there is nothing the website provides that would help you narrow down the results. The picture could be of help, too. But just by looking at these photos, they all look like a great deal of stock photos.

Have you ever legitimately saw someone earn $13,000 on a daily basis? Yeah, I have – in my wildest dreams. The Bitcoin Code claims you won’t need prior experience for this software to work out for you. Even the most experienced traders could not gain the profit this system claims. The best trading softwares out there only make 80-90% winning trades. How could something offered for free and of little quality and worth bring in those staggering figures?

At the upper left of the website, you would see it indicates “x Free Copies Available”. Do you think Steve, or whoever he is, would really pass up the chance to suck out money from people’s pockets and only cater it to a limited number of people? I don’t think so. If anything, he would do anything to leech of more money and victimize other innocent people. Don’t believe this crap. It’s just a way to make you think that you shouldn’t waste any more time and just sign up instead of bearing with the regret of losing a “once in a lifetime”  opportunity.

No Trading Going On

You register and invest $250 to get started with the automation of trades, only to find out that there’s really just nothing there. You’ll just waste your money and pay it off to some brokers who then passes it onto The Bitcoin Code Ltd. Then, you will never hear from them ever again. It’s that simple – to lose your hard earned money.

My apologies, but The Bitcoin Code does not have any features in which I would consider this worthy to use. I guess you could say gaining access for free is a good thing since you’re not wasting any money. But still, it’s just a waste of time.

My Final Verdict! Is The Bitcoin Code Legit?

After all the information I have presented you, it’s enough to call The Bitcoin Code a scam. I mean, what could I say? I didn’t expect anything from this in the first place and had a hunch from the beginning that it’s just another one of those cryptocurrency trading platform scams. There’s just too many red flags that it can’t be simply ignored.

The ridiculous claims would have been enough to set off anyone’s alarms, but the fake testimonials, fake members, and fake owner just adds more fuel to the fire. It also pressures you to buy your way into the system, when in fact, there’s no trading going on. The Bitcoin Code will just have you pay $250, and they will never be heard of again.

Bottom line, don’t waste your time on The Bitcoin Code!

If you are looking for a real make money online opportunity, check out my Wealthy Affiliate review!

About the author  Pedro 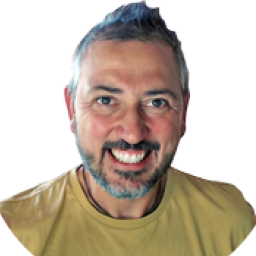 Hi, my name is Pedro glad you are here!

If you are looking for ways to make money online this is for you...
The internet is booming day by day, there are almost 4 Billion users by now... We live in an era where anyone who wants to invest time and take action is able to make money online!... Want to hop in?!

If you have doubts, questions or simply want to add something to this post, make sure to leave me a comment down below!

Cancel reply
{"email":"Email address invalid","url":"Website address invalid","required":"Required field missing"}
myownadmin.com use cookies to provide you the best online experience. By continuing to browse the site you are agreeing to our use of cookies.